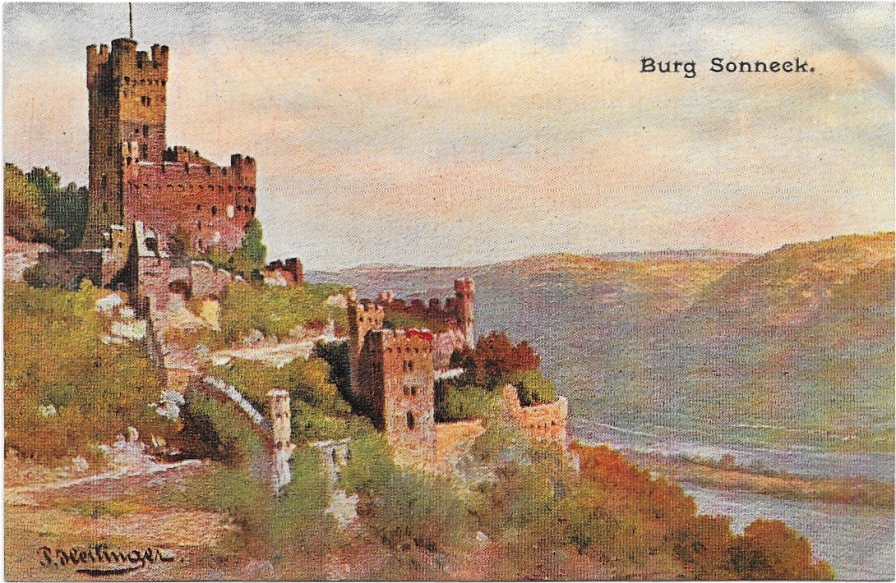 We arose at 8 o’clock and took a cab for a rubber necking expedition. This is historically one of the most interesting of the Rheinish towns. It is pleasantly situated on the left bank of the Rhein, opposite and below the influx of the Main.

The old town was formerly limited by its fortifications, but since 1871 a new town almost twice as big has grown up outside the old walls. Its important strategic situation has in all ages attracted attention. The town is of a Celtic origin. Between 14 and 9 before Christ, Drusus, the son in law of Augustus, established a camp here, and this attracted a colony of native residents, Roman travelers and veterans, and it served as a the base for the Roman campaign in Central Germany. Christianity flourished here as early as 365.

Many Roman and German Antiquities found in or near Mainz are now shown in the Electoral Palace, a large red sandstone building began in 1678. A handsome Esplanade, 100 yards wide and plated with trees, extends for 4 1/2 miles along the Rhein.

We passed the Eiserne Turm where the bandit, Schinderhaunes, was confined, also the Holzerne Turm, both fragments of the old fortifications dating from the 13th century. Things are sort of old in this town.

Here in the marketplace is a fine old fountain 400 years old and also the Cathedral, which is mentioned as having existed as early as 406. This one, however, is comparatively new, it was built in 1100 after several other buildings erected on this site had been destroyed by fire. The upper part of this one met the same fate in 1191 but was re-erected. 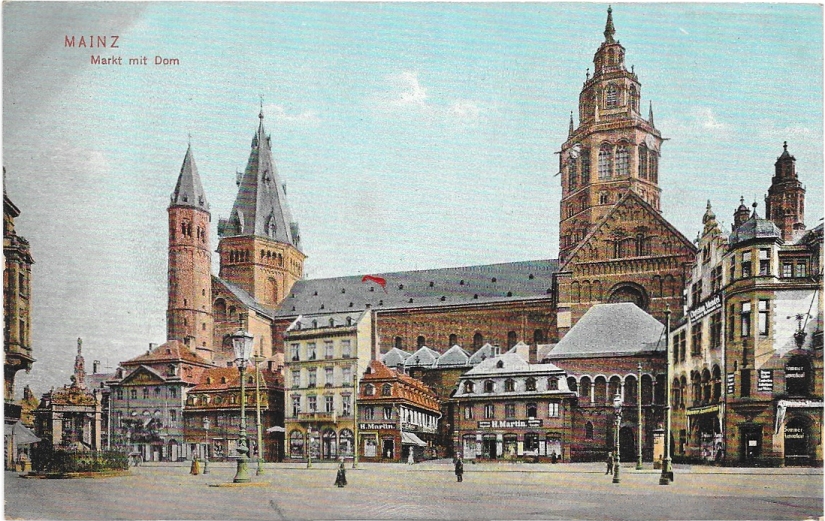 The church possesses great value in the history of architecture on account of the different periods at which the different parts of this building were erected. The interior is very interesting on account of the numerous tombstones which it contains. It also has a fine font made in 1328. The pulpit executed in stone at the end of the 15th century if very rich in carvings. But we have seen so many interesting churches that I will pass on without going into more details. Near the Cathedral we saw the Statue of Gutenberg, the inventor of printing. It is designed by no less a sculptor than Thorwaldsen.

We had an interesting drive through the old town and reached the station in time for our train to Frankfurt a/Main, where we arrived at noon.

We stopped at the Union Hotel, opposite the old Schwan Hotel at which the peace of the 16th May 1871 was concluded. It is a very fine hotel. After dinner we took a car to Roderbergweg 88, the Martins Missions Anstalt the Theology Seminary of our church in Germany.

Here we met Hortense, the oldest daughter of Achard’s first wife, who is a matron of the seminary or what we call Hausmutter, while her husband, Rev. Junker, is the President. Her mother, my sister Philippine) and my mother occupied the same position for a time. They have a nice fruit and flower and vegetable garden and we enjoyed sitting in an arbor talking of ye olden times. 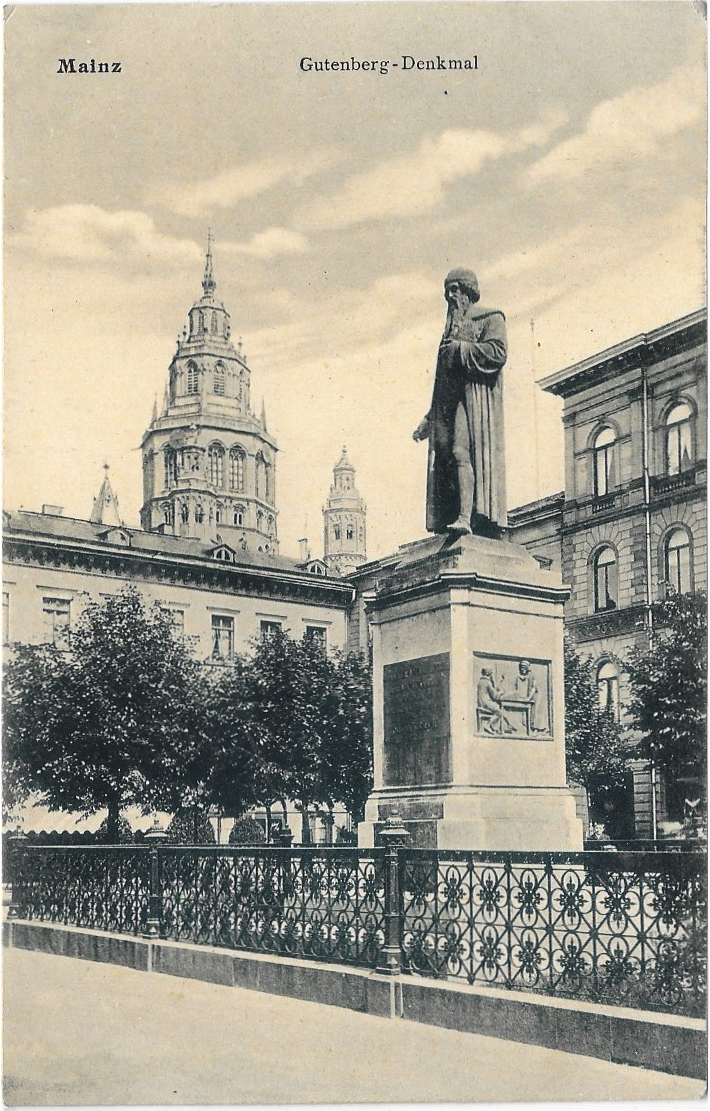 Mainz.
Monument to Gutenberg
[A Latin inscription reads “This monument of Johannes Gensfleich zum Gutenberg, the Mainz Patrician, was erected in 1837 by his fellow citizens from contributions given from all over Europe.”]