It is Sunday. Opposite from the hotel is the Orphan Home, and at [missing text] o’clock, we were awakened by the singing of the orphan boys, which was very impressive. The clear, sweet, trained voices of the boys reminded us of the Choir at Christ Church in St. Louis. They sang the old German chorals, among them “Befehl du deine Wege.”

We went to meeting and had an excellent dinner consisting of Goose, Sauerkraut and Bacon, a fine dish. We then made the usual rubber necking trip and passed on our road the fountain “Hans im Gluck”; the Rathaus; Stifts Kirche; St. John’s Church, situated on a peninsula formed by the Fewersee; also the Garnisons Kirche; the Gewerbe Museum; and the spot on which formerly the Court Theatre was located. This burnt down and, in its place, they have laid out a pretty garden, the Schloss Garten, a charming pleasure ground with fine groups of trees, flower beds, and sheets of water. It is 200 acres in area and is adorned with marble statues, among them Count Eberhard resting in the lap of a Shepherd, alluding to Urland’s pretty poem in which he says that “Er sein Haupt getrost Kann legen en dem Untertan im Schloss.” 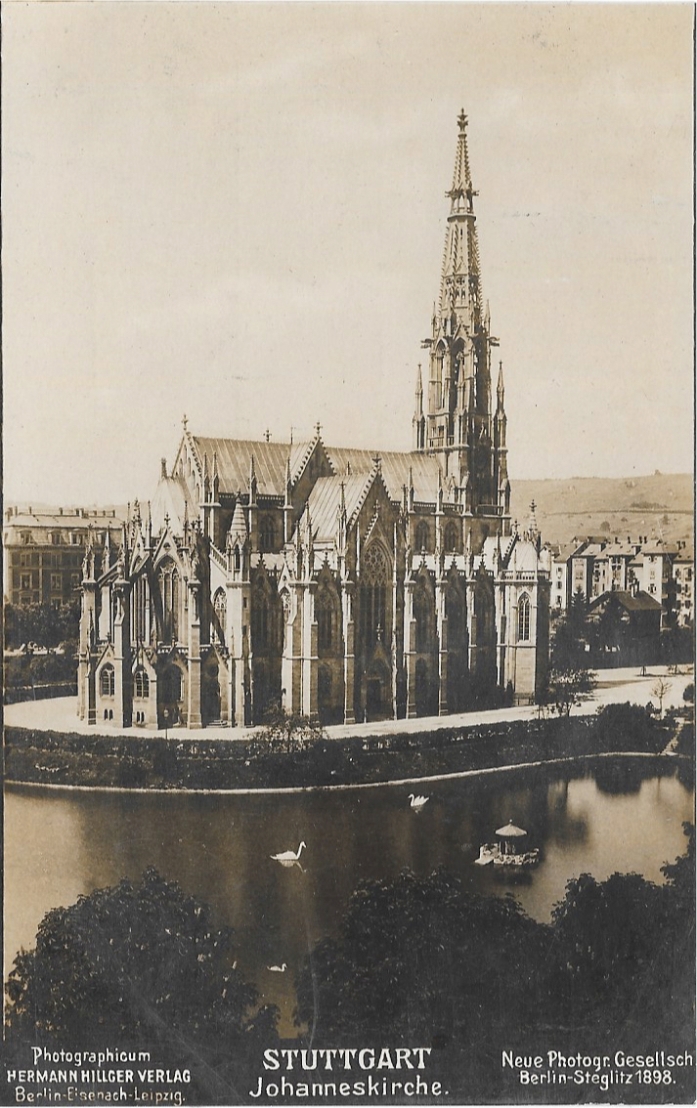 The Horse tamers are very fine, too. We passed the Museum der Buldenden Kunste and drove along the Neckar Strasse where there is a large Piano factory, and I think Father bought our old upright piano there, and past the palace of King William II occupied by the royal family. Opposite are the marble busts of Bismarck and Moltke,

We passed through many old streets where every other house seemed to be a Gasthaus (tavern) with all kinds of funny signs such as Lowe, Affe, Schluessel, etc., past the pretty gothic church St. Leonhard and the old Wachter Brunen and to the Market Place, the center of old Stuttgart, with a few patrician houses of the 16th century, and the beautiful New Rathaus. We also saw the part of the city where the old houses have been torn down and replaced by new ones in a style which is in keeping with the old ones near by. 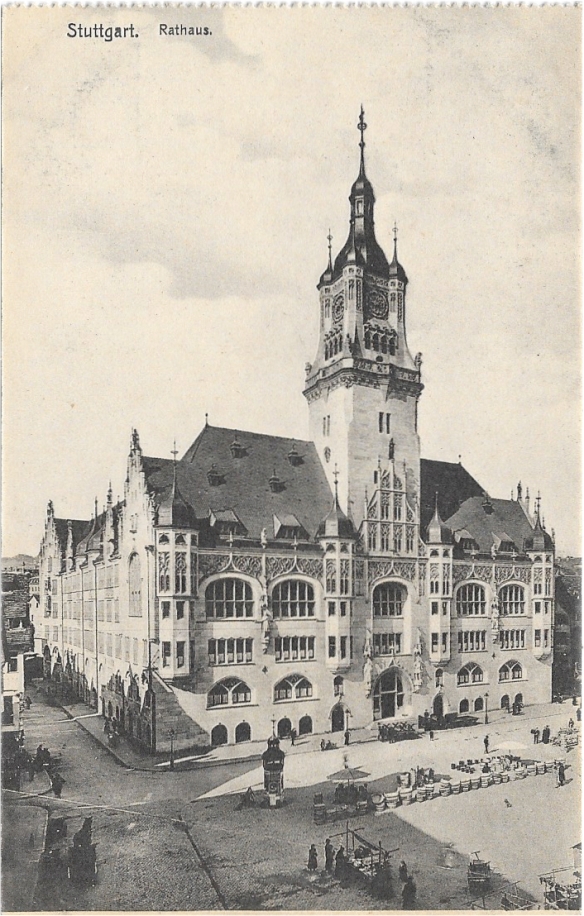 I called on Rev. Moeller, the German M.E. preacher. He was not at home. They have a very pretty church, the largest and best one built in Germany.