We left Paris at 11 o’clock this morning in the Lloyds Special in a compartment all to ourselves. There were only eight passengers beside us in the car. We had a very comfortable ride but devoid of interest, and we landed in Cherbourg according to schedule at 5 p.m. Here we were taken to the wharf and had our luggage brought into the cabin of the tug boat.

We were on time, but the Barbarossa was not. She was reported to come at 11 o’clock, and we were told that we would be entertained at Lloyd’s expense at the Casino Hotel. So we marched up there but took our satchel along as I suspected the Barbarossa would not be in until 5:45 tomorrow morning. We selected our rooms and went to dinner.

There is a pretty terrace in the rear of the hotel, which faces the harbor, and here we walked up and down for a short time. To bed in good time. 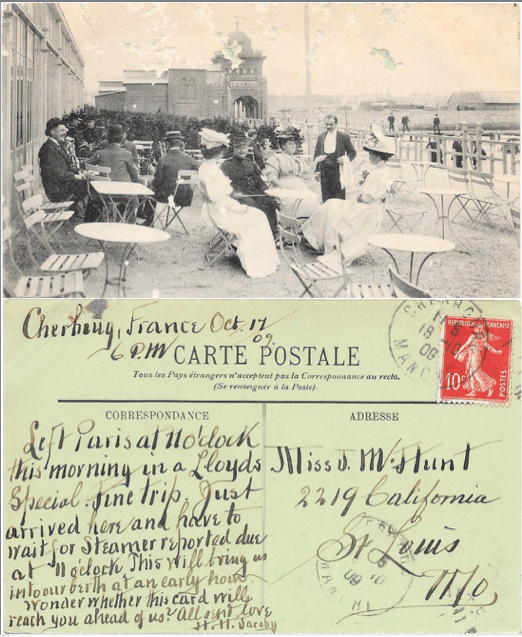 Cherbourg.
The Terrace at the Casino